Here is our review of this book published in 2014 in English…Review Superintelligence Paths Dangers Strategies read.

Nick Bostrom is the author of this impressive book. We are living in the most updated era of humans where anything is possible that comes in your dreams.

352 pages provides a quantity volume of information from a 2014 or earlier perspective. Humans do have access to instant information quickly these days.

However, where is it sourced from? 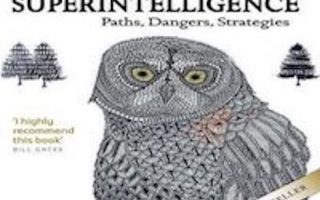 People from different races are united to take over the world and artificial intelligence is one of them.

Uncertain about the claim made here. There is a fear that AI will take over the workplace subtracting work from humans in the short and long term.

There are many things that people wanted to conquer and AI is one of them.

This book asks various questions at the beginning that will help you to explore the latest development in AI technology.

What will happen if machines are able to surpass human intelligence?

Will we be able to ease our lives and save us from other threats?

What will happen when it becomes hard to control and machines begin to rule humans?

These is a good questions that requires more research outside the scope of this article.

This book published in 2014, will help to broader your perspective including the historical theories about machine intelligence.

Nick Bostrom is a Swedish-born philosopher and polymath with a background in theoretical physics, computational neuroscience, logic, and artificial intelligence, as well as philosophy. He is a Professor at Oxford University, where he leads the Future of Humanity Institute as its founding director. (The FHI is a multidisciplinary university research center; it is also home to the Center for the Governance of Artificial Intelligence and to teams working on AI safety, biosecurity, macrostrategy, and various other technology or foundational questions.) He is the author of some 200 publications, including Anthropic Bias(2002), Global Catastrophic Risks (2008), Human Enhancement (2009), and Superintelligence: Paths, Dangers, Strategies (2014), a New York Times bestseller which helped spark a global conversation about artificial intelligence. Bostrom’s widely influential work, which traverses philosophy, science, ethics, and technology, has illuminated the links between our present actions and long-term global outcomes, thereby casting a new light on the human condition.

He is recipient of a Eugene R. Gannon Award, and has been listed on Foreign Policy’s Top 100 Global Thinkers list twice. He was included on Prospect’s World Thinkers list, the youngest person in the top 15. His writings have been translated into 28 languages, and there have been more than 100 translations and reprints of his works. He is a repeat TED speaker and has done more than 2,000 interviews with television, radio, and print media. As a graduate student he dabbled in stand-up comedy on the London circuit, but he has since reconnected with the doom and gloom of his Swedish roots.

Masters' Degree in Science from UA - Graduated in May 2018. 40 plus years in business, financial services and technology. Consulting, partnering with others to develop the next generation of entrepreneurs.
“I write to discover what I know”- Flannery O’Connor

“Staying True To Who You Are, What You Do, and Who You Serve.”